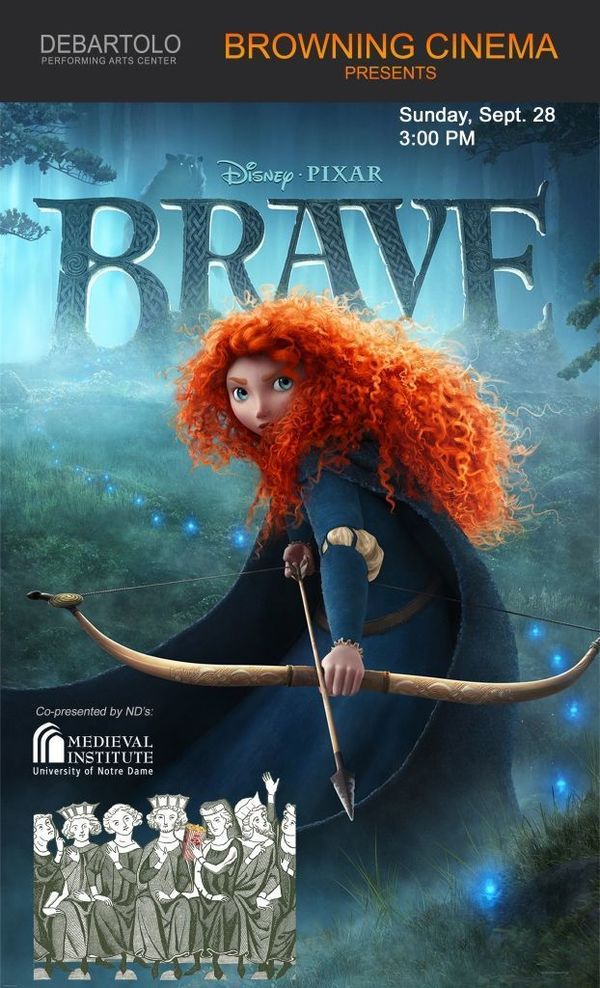 In anticipation of Julie Fowlis’s upcoming performance at the DeBartolo Performing Arts Center on October 12, the Browning Cinema presents the Pixar film to which she contributed two songs. Merida (Fowlis is the singing voice of the Princess) is a skilled archer and the impetuous daughter of King Fergus and Queen Elinor. Determined to carve her own path in life, Merida defies an age-old custom sacred to the uproarious lords of the land which inadvertently unleashes chaos and fury in the kingdom. The ensuing peril forces Merida to discover the meaning of true bravery in order to undo a beastly curse before it’s too late.

Free for children 12 and younger. Adult tickets are available at the DPAC box office or online.

Cosponsored by the Medieval Institute and DPAC Family Films