Join Irish Studies for a lecture by Paul Russell, Professor of Celtic at Cambridge University, “Between Ogam and Runes: the so-called Alphabet of Nemnivus.”

The lecture takes as its focus the so-called 'Alphabet of Nemnivus' preserved in the University of Oxford's Bodleian Library, F. 4 32, fol 20r. The Alphabet has generally been considered to be a (possibly parodic) borrowing of runic letters and letter-names from Anglo-Saxon England, though the latter are more difficult to deal with. Professor Russell will argue that there is considerable merit in, and good reasons for, looking west from Wales to Ireland, as some of the letter-names might be better explained as borrowings (or, perhaps in some cases, translations) from the Ogam letter names. There is also evidence to suggest that some of Nemnivus’s letter names did actually end up in medieval Ireland. In other words, the traffic might have been in both directions.  In sum, Nemnivus’s alphabet turns out to be rather more significant than merely a playful adaptation of an Anglo-Saxon futhorc. 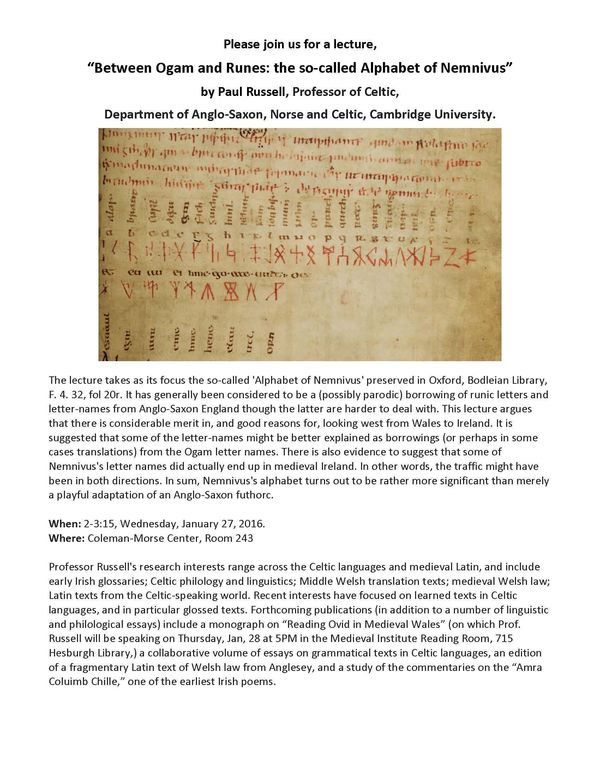