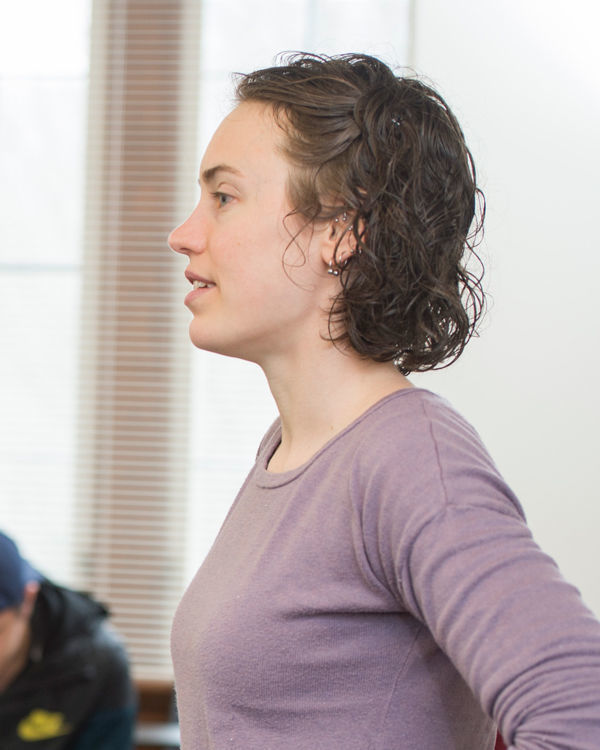 Claire “CJ” Jones, Assistant Professor of German at the University of Notre Dame, presents on her research project, “Washing the Altars: Shaping Religious Community in Medieval Holy Week Ritual,” to an interdisciplinary group of scholars, artists, and scientists comprised of fellows, guest faculty and students. She specializes in literature and religious culture in late medieval Germany. Her research draws together mysticism, chronicles, devotional literature, statutes, and liturgy.

Her first book, Ruling the Spirit: Women, Liturgy and Dominican Reform in Late Medieval Germany, appeared with the University of Pennsylvania Press in October 2017. Her publications range in topic from Meister Eckhart’s language theory to the aesthetics of Byzantine reliquaries in German secular poetry and have appeared in such prestigious journals as Speculum, The Journal of Medieval and Early Modern Studies, and The Journal of English and Germanic Philology.

Professor Jones’s research has previously been supported by an Andrew W. Mellon Post-Doctoral Fellowship at the Pontifical Institute of Mediaeval Studies in Toronto and by a Graduate Research Fellowship from the German Academic Exchange Service (DAAD). Her dissertation, “Communal Song and the Theology of Voice in Medieval German Mysticism,” won the Women in German Dissertation Prize in 2013.