The official use of 'Orthodoxy' to describe the beliefs of the Byzantine Empire probably goes back to the Synodikon of Orthodoxy, issued in 843. This is on the one hand a liturgical proclamation made on the First Sunday of Lent and annually thereafter, and on the other a political document, issued by the Emperor. In the second millennium, this document was regularly modified by the Emperor and used as a political instrument. 'Orthodoxy' is, then, an ambivalent concept, with repercussions still felt today. The lecture will explore something of this ambivalence.

Andrew Louth is Professor Emeritus of Durham University and Honorary Fellow of the Vrije Universiteit, Amsterdam, attached to the Amsterdam Centre for Orthodox Theology. Previously he taught at Oxford University and Goldsmiths College, University of London. A patristics scholar, he has published widely on the Fathers, with monographs on Dionysios the Areopagite, Maximos the Confessor, and John Damascene. More recently he has written an introduction of Orthodox Theology, and Modern Orthodox Thinkers (2015). He is an archpriest of the Diocese of Sourozh, Moscow Patriarchate. 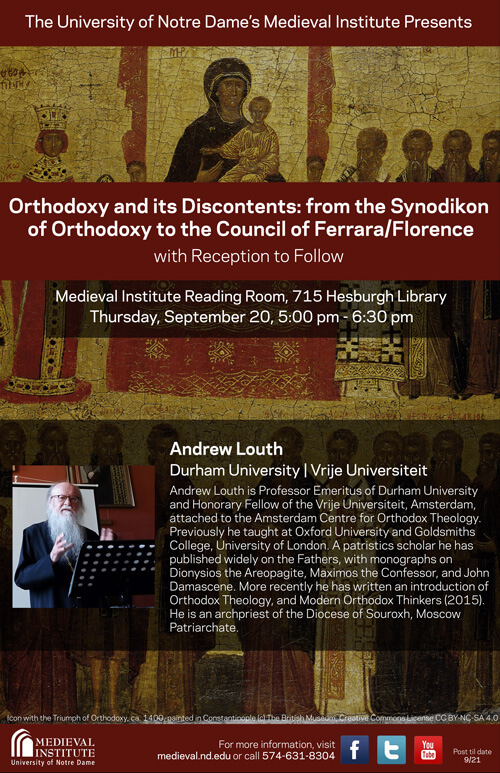