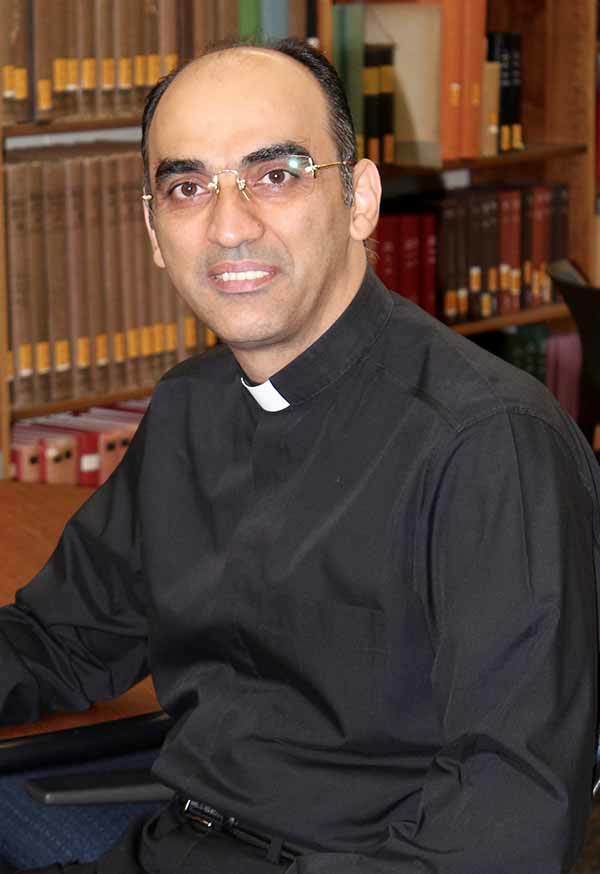 "The young Iraqi priest had nearly drowned while swimming across the Tigris River to escape his abductors. Retaken, a brutal punishment was certain. First he was whipped with a cable until he lost consciousness. Then beaten with canes and sticks. And finally the questions, each accompanied by another blow. They promised to finish with his death." Chaldean Auxiliary Bishop and frequent Medieval Institute research visitor Saad Sirop Hanna tells the story of his abduction in 2006 by a militant group associated with al Qaeda.

Specifically targeted because he was a Chaldean Catholic priest, Hanna suffered 28 harrowing days of captivity. More than a decade later, his firsthand account vividly illustrates the ideal of loving your enemy. He was prepared to sacrifice his life to save one of his captors, and he refused to hate any of them. Hanna says his faith not only got him through the ordeal, but today helps him inspire hope in the face of evil.

Hanna, now the Apostolic Visitor for Chaldeans Residing in Europe and the auxiliary bishop of the Chaldean Patriarchate of Baghdad, launched his book at the Notre Dame London Global Gateway in December. He had planned to come to Notre Dame as a visiting scholar with the Medieval Institute last fall, but the U.S. Embassy denied him a visa without an explanation.