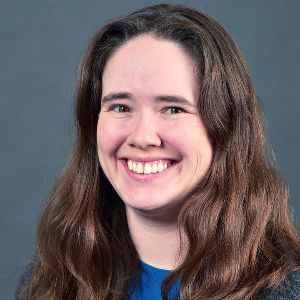 The Medieval Institute is pleased to announce our Alumni Spotlight interviews, a new series of pieces featuring the career paths of Institute alumni. Watch for more installments in the coming months, and follow our weekly news features regarding Medieval Institute-supported programming, events, guest lectures and general medievalist news on our news and events feed webpage.

Our series kicks off with the celebration of a brilliant career move for Medieval Institute alumna Nicole Eddy (Ph.D., 2012), who has recently been hired as the new Managing Editor for the Medieval Library series at the Dumbarton Oaks Research Library and Collection. Dr. Eddy has quickly blazed her own path since graduating from the Medieval Institute, finding her home in academic publishing. We have asked Dr. Eddy to share the experience that has taken her from Ph.D. student writing on marginal annotation in medieval Romance manuscripts to Managing Editor of a prestigious series, where she will work closely with General Editor Jan Ziolkowski, the subseries editors, and Harvard University Press to manage the entire editorial and publication process of the Dumbarton Oaks Medieval Library.

As Dr. Eddy’s advisor Professor Kathryn Kerby-Fulton notes, "this is a very prestigious position for a young scholar,” and we join Prof. Kerby-Fulton in being "thrilled for Nicole!"

What fascinates you about the Middle Ages, or what interested you in Medieval Studies in the first place?

The amazing thing about the Middle Ages is how it combines the unexpectedly familiar with the unexpectedly bizarre. Medieval literature is in some ways so familiar to us today—stories about King Arthur and the Knights of the Round Table are part of our cultural vocabulary, and are often familiar even from childhood. But just when you think you "get" the Middle Ages, you stumble across something...hilarious.

I will never forget the feeling when, in transcribing a manuscript from the Devotio moderna movement of the late medieval Netherlands, I successfully figured out that the Greek letters in the manuscript were the transliteration into Greek letters of a Latin word the scribe had apparently erroneously believed to be of Greek origin. A thoroughly dry philological puzzle, but the punchline of hours of head-scratching and combing through dictionaries in three or four languages was that I suddenly, in a burst of clarity, realized that the answer was: underpants. A Devotio moderna group were marching back from exile into their city to be greeted by a crowd in mocking parade, carrying a set of skivvies on a pole in sarcastic salute. Truth is stranger than fiction, and this kind of moment can happen in any field, I'm sure. But the cultural and chronological distance between medieval texts and today is so great that history's strange truths tend to sneak up on you stripped of the context that might make them feel less strange. And in the process, you end up just following that weirdness wherever it takes you.

"That is the best part of my job, getting to work with books I am interested in and with people who are passionate about the same things I care about."

Tell us a little about the way your career has developed since graduating from the Medieval Institute.

I've done a wide variety of things since graduating: I've adjuncted writing classes, held a research postdoc working on making an edition and translation, worked as a manuscript cataloger, participated in a number of digital humanities and public outreach projects, and finally found a home in publishing. When you're in coursework and writing the dissertation, you are working on doing that—learning about the Middle Ages, researching your specific area of expertise, and teaching classes—as hard as you possibly can. It is preparing you for the faculty track, and so that tends to be what you think about in terms of your future and your professional development. But once you graduate, you no longer have that one major project dominating your time and attention and in fact are being forced to dabble in a bunch of different kinds of things. It gives you an opportunity to experiment with some of the different options besides "tenure track faculty" that might be in your future. I don't romanticize the precariousness of this stage at all. But along with all the negatives, there are a few compensations as well, in terms of finding your path forward.

What will you be doing in your new job at Dumbarton Oaks? 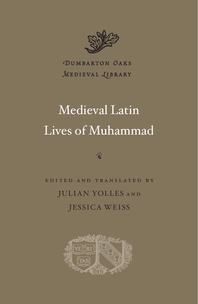 The DOML is a book series, facing-page editions and translations of medieval texts, designed to be similar in format to the iconic Loeb Classical Library series and the I Tatti Renaissance Library. The idea is to make texts that perhaps don't currently have up-to-date scholarly editions and translations more widely accessible. The series focuses on Latin, Byzantine, Anglo-Saxon, and soon Iberian texts, and I'm very excited to be a part of it. Being a Managing Editor is part of the behind-the-scenes of the publishing process that most people don't see. A lot of what publishers do might best be described as project management. We're not the author, so we can't write the books ourselves, and it isn't the specialized production tasks like copy editing or typesetting. Instead it's our job to be the point of contact for all the various team members and to be the one person who has a panoramic overview of everything that needs to get done and the timelines for moving a project from one stage to another. It is a lot of keeping things organized, and making sure that everyone is on the same page. The payoff, though, is that you get to watch a project that you believe in make it all the way through the pipeline, from manuscript to published book.

Be lucky? A great deal of the path from here to there wasn't well planned, on my part, but just following the next logical step, wherever it seemed to take me. Be aware that publishing is largely about administration and project management and that if that isn't where your skills and interests are, then perhaps it isn't for you. Be proactive about developing your digital skills. When publishing isn't about project management, it is about data curation and metadata management: a lot of databases! Be willing to do whatever job you can. It was relatively difficult to get that first job in publishing, but once I had it, it was a lot easier to get other things. The skill set that makes for a good publisher is not identical to the skill set that makes a good medievalist (although I like to joke that manuscript transcription is pretty much just descriptivist copy editing). This means that you may need to prove yourself outside of the classroom or your research before employers will trust that you have what it takes to be good at the kinds of administration that go into publishing. Because a lot of copy editing and so forth is freelance, however, that doesn't necessarily mean you need to get hired in a formal office job: you may just start building up your portfolio by taking on work from colleagues or professors. Most of all, though, make sure you're excited about the books that are being published. That is the best part of my job, getting to work with books I am interested in and with people who are passionate about the same things I care about.

Editor's note: these comments have been edited for length and clarity.