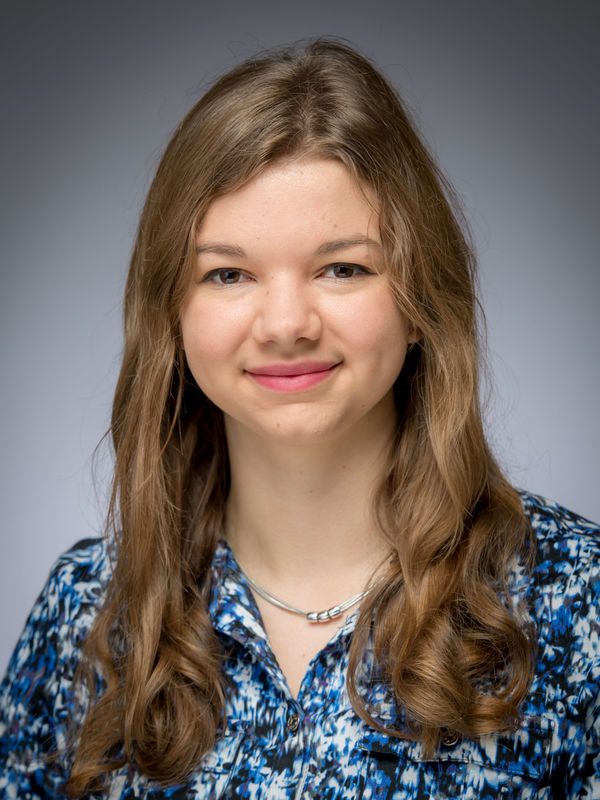 Erica Sestak is currently a junior at Notre Dame, majoring in Medieval Studies with a concentration in language and history. In addition to her coursework, she has explored many different disciplines affiliated with the Medieval Institute through her numerous research and work experiences. During the spring of 2016, Erica presented a paper at the Institute’s Undergraduate Colloquium titled “The Daughter of a Legend—A Rebellious, Traditional Princess.” She spent the following summer working as an intern for Dr. Megan J. Hall at the Medieval Institute, for which she helped organize Prof. Rev. Canon Dr. Federico Gallo’s guest lecture on Diplomatics and wrote a follow-up news article about this event for the Institute’s website. Last summer, as a recipient of the Da Vinci Grant through the Institute for Scholarship in the Liberal Arts, she participated in a joint research project between the Department of Physics and Rare Books and Special Collections, performing pigment analysis of medieval manuscripts in Notre Dame's collections. She was also accepted into a course taught by Dr. Ian Kuijt, “Archaeology of Ireland,” that took students to archaeological sites in Ireland thanks to funding from the Sweetman Family Foundation overseen through the Keough-Naughton Institute for Irish Studies. We followed up with an interview to learn more about Erica’s experience working in Special Collections, a rare and valuable opportunity for an undergraduate worth sharing.

I have always held a reverence for the past and that which remains from it, especially old books. However, I became interested in manuscripts from the Middle Ages when, while I was in high school, I realized that I wanted to pursue Medieval Studies. For me, interacting with the same manuscripts that were created hundreds of years ago is both enlightening and grounding. It allows me to remember that I have been blessed to pursue what I love, but it also provides me with the ability to remember that while history changes, people do not. We are always seeking knowledge and art. Old books reinforce that for me.

What did you work on for the medieval Psalters project?

My medieval Psalters research was titled “Multiscale Pigment Analysis of Medieval Books through Scientific Techniques,” and in it, I analyzed the pigments of three different Psalters from the fourteenth and fifteenth centuries. There were two separate projects. The first was to compare the pigments found in two fifteenth-century German Psalters to determine the potential for a common origin. The second involved a fourteenth-century English Psalter, which was written by two scribes and illuminated by two painters. The project was to compare the pigments of both scribes and both painters to determine any similarities between them.

What did you learn from your experience there?

This experience allowed me to learn more about manuscripts and their manufacture in the Middle Ages. Prior to this project, my concentration had been centered on history and languages, without much acknowledgement within my studies for the manuscripts from which our knowledge of the history and languages originated. This experience, however, also allowed me to venture into the world of physics, which is something I never thought I would have the opportunity to do while majoring in Medieval Studies. It allowed me to understand that the realm of Medieval Studies is even more interdisciplinary than I originally believed, as performing scientific experiments on these (and any) manuscripts can provide information otherwise lost to medievalists today. It made me realize that the humanities are often dependent upon the sciences, just as the sciences are often dependent on the humanities.

How will this experience benefit you as move into the next stage of your career at Notre Dame?

This experience will stay with me throughout my career for many reasons. As indicated above, the experience provided me with the opportunity of observing the interdisciplinary nature of science and the humanities, an insight which I believe will impact my approach to any project or research I may complete in the future. While I believe that my intent to publish my findings from this project will also benefit me, the knowledge I have gained about manuscripts from my time on this project will help me as I start to think about my senior thesis, which I will begin next fall.

I never imagined that majoring in Medieval Studies would lead to these kinds of projects and experiences, nor would I ever have been able to realize the scope of the interdisciplinary aspect of Medieval Studies without them. They have reinforced my love for the period and broadened my understanding of it.

Finally, as noted above, various forms of funding provided me with the opportunity and allowed me to participate in the programs from which I obtained insight and experience within my area of study. I remain grateful to all who made that possible. Moreover, supervisors, professors, and other individuals have freely given their time and guidance for these projects, and for that, I am also extremely grateful.