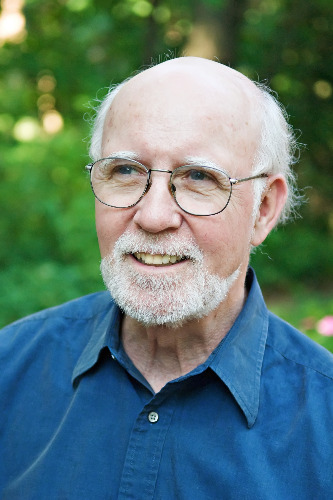 McGinn has written extensively on apocalypticism, spirituality, and mysticism, including his 2014 monograph, Thomas Aquinas's Summa Theologiae: A Biography (Princeton). A former president of the Medieval Academy of America, McGinn is the Naomi Shenstone Donnelley Professor emeritus at the Divinity School of the University of Chicago, where he taught between 1969 and 2003, and is a 2017-18 Residential Fellow of Notre Dame’s Institute for Advanced Study.

In his lecture, McGinn argued that certain aspects of St. Thomas' theology played a profound role in the history of Christian mysticism, despite the fact that the "Doctor communis" did not himself write mystical treatises. McGinn called this important element of Thomas' thought contemplatio sapientialis, a phrase not used by Thomas but that "represents his thinking about how the highest form of wisdom, the gift given by the Holy Spirit, is what powers the saving contemplation given by God."

The Medieval Institute was especially pleased to welcome back McGinn, who directed the dissertation of MI graduate Louis Edward Jordan III, Ph.D. 1980, and looks forward to further collaboration in the time that McGinn spends on campus this year.