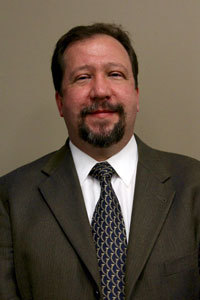 On November 17th, the Medieval Institute was pleased to welcome guest speaker Michael Bailey, Professor of History at Iowa State University. That evening, Prof. Bailey delivered a stimulating lecture entitled "Was Medieval Magic a Religion?" Bailey's talk focused on the concepts of religion and false religion in the late medieval and early modern periods and worked within the framework of Herbert Grundmann, the twenty-first-century historian of religion best known for his foundational Religious Movements in the Middle Ages (1935). Bailey's new project seeks to include magic, its practitioners, and detractors into the framework of Grundmann who did not explore the concept of the magical. The shifting notions of magic and paganism, medieval differentiations between diabolical witchcraft and superstition, and the startling possibility of a "movement of magicians" in the Middle Ages were all topics of discussion in Bailey's engaging lecture. The talk was followed by a reception in McKenna Hall. Friday morning, graduate students and fellows of the Medieval Institute attended a seminar led by Prof. Bailey on the fifteenth-century Dominican witch-hunt manual, Malleus Maleficarum, and its lurid accounts of phallus-stealing witches.