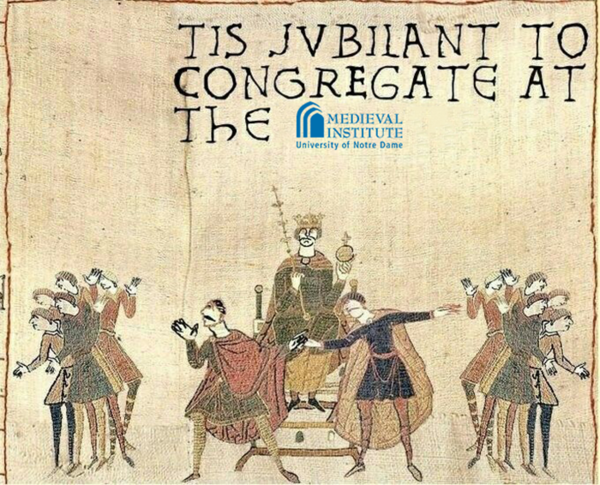 A hearty welcome to two our incoming Ph.D. students, Will Beattie and Eileen Morgan!

Will Beattie holds an M.A. in Medieval Studies from the University of York and an M.A. (Hons.) in English Literature from the University of St Andrews. His main research interests lie in the function of eschatological literature during the medieval period, particularly in Anglo-Saxon England. He approaches this work chiefly from a sociopolitical perspective, investigating the ways in which contemporary events, such as the Scandinavian invasions of the 8th to 11th centuries, influenced the use of religious language.

Eileen Morgan holds a B.A. in History and English from Bryn Mawr College. Her research considers recipe traditions as sites of intersection between medieval medical theory and practice. While her primary research interest lies in culinary recipes, more broadly she is interested in the many ways the history of science, medicine, and technology manifests in medieval material culture. Her other interests include the body, pseudohistory and historiography, antiquity in medieval literature, citation practices, medievalism, and the digital humanities.

The Medieval Institute was the first of its kind in the United States and remains one of the leading centers in North America for the advanced study of medieval culture. The graduate program provides students with superb technical training, but it also equips them with a holistic vision of the Middle Ages, grounded in a mastery of sources and languages and extending to the whole of its life and culture.

Students in the Medieval Institute pursue the Ph.D. in Medieval Studies, a rigorous, interdisciplinary degree with a focus on one of the classic disciplines: history, Latin or vernacular literature (English, Italian, German, Spanish, French), theology, philosophy, music, or art history. They receive training from leading experts in their field while researching and writing in one of the best libraries in the world for medieval studies.

Graduates of the Medieval Institute are extremely competitive on the job market, and currently hold positions throughout the United States, Canada, and Europe.

The Medieval Institute welcomes applications from students of high academic ability who wish to pursue a career teaching and researching the Middle Ages. Generous fellowship support and light service demands allow students to devote themselves fully to their course of study.