In the midst of the ACIS conference the Medieval Institute will host Robin Fleming, Professor of History at Boston College, recently named a MacArthur Fellow and elected a Fellow of the Medieval Academy, as our ACC Distinguished Lecturer. Her most recent work focuses on Britain just before and after the fall of the Roman Empire, and she is well-known for using material culture to illuminate the historical record. Out of this research has come her 2010 book Britain After Rome: The Fall and Rise of the Middle Ages, c. 400-1070. She is also the author of Domesday Book and the Law: Society and Legal Custom in Early Medieval England (1998) and Kings and Lords in Conquest England (1991). Her lecture will take place on Thursday, March 31, in the Jordan Hall of Science, Auditorium 101, followed by a reception in the adjoining Reading Room. 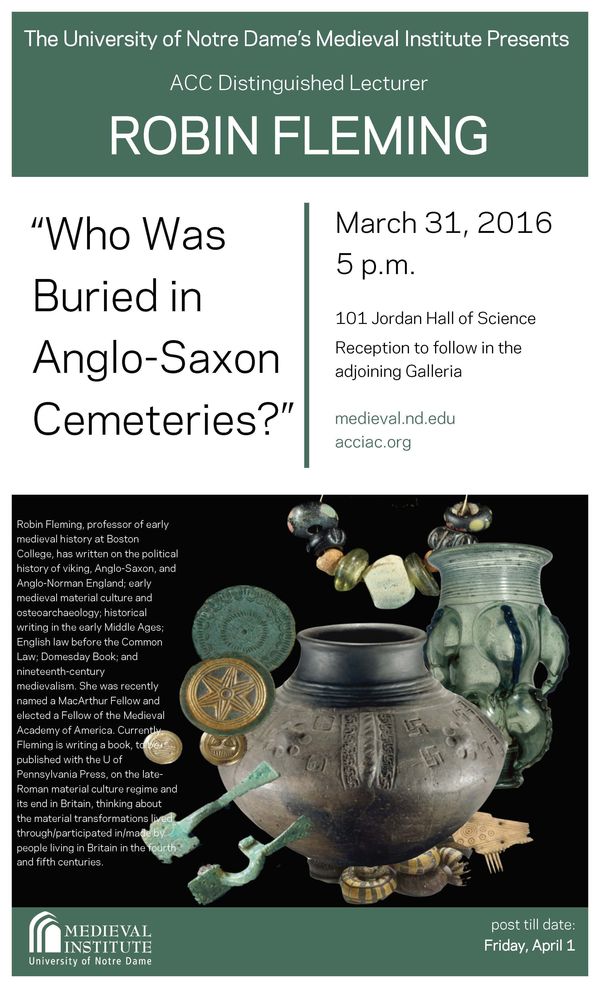