The Medieval Institute welcomes Yuliya Minets, a 2019–20 residential fellow at NDIAS, to give a seminar on her project, "Between Christian Universalism and Cultural Superiority: A Dilemma of Byzantine Intellectuals."

Lunch will be provided. RSVP here to reserve your lunch.

Early Christian projects started with universalist claims and attempts to embrace all people regardless of their ethnic and linguistic backgrounds. Origen, for example, assured that Christians can pray to God in their native languages and “the Lord of all languages” hears “but one voice, expressing itself in different dialects. For the Most High is not as one of those who select one language, barbarian or Greek, knowing nothing of any other and caring nothing for those who speak in other tongues” (Origen, Against Celsus 8.37.7-19). 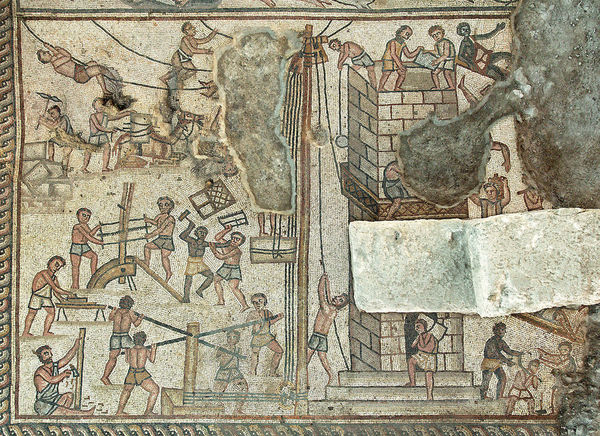 The Greek language was the main vehicle that facilitated the initial spread of the new religion around the Mediterranean. Together with Greek, however, early Christians inherited a number of stereotypes implicit in the cultural tradition behind this language. The image of a barbarian as the paradigmatic other and the dualistic picture of the world which this image presupposed migrated to newly developing Christian discourse, though underwent some significant transformations. Christian scripture provided an alternative to the Classical tradition, and yet, many of its passages could be deployed to justify the diametrically opposed views on foreigners. On the one hand, verses like Col. 3.11, “there is no distinction between Greek and Jew, ... barbarian, Scythian,” allowed Christians to argue in favor of inclusiveness and a welcoming attitude towards everyone regardless of ethnic or linguistic differences. On the other hand, Matt. 7.6, “do not throw your pearls before swine,” could be read as an exhortation to pursue cultural protectionism, isolationism, and elitism. One of the most important challenges to cultural adaptation which early Greek and later Byzantine Christianity met was an apparent incompatibility of its proclaimed universalism with the long-standing attitude of superiority towards barbarians that periodically started to regain popularity.

The seminar will attempt to highlight and contextualize the main points of the cultural dialogue between representatives of two different trends in late antique and early Byzantine Christianity – the so-called ‘Christian universalists’ and those who could be labeled as ‘cultural isolationists’. Participants are invited to think about the texts they are working on from this perspective and are welcome to bring their examples that illustrate (or question) the similar dilemmas Greek intellectuals faced in the later periods of Byzantine history.

Yuliya Minets is a Postdoctoral Research Associate at Princeton University’s Seeger Center for Hellenic Studies, supported by the Committee for the Study of Late Antiquity. Her interdisciplinary research focuses on the intersection of early Christian studies, history, classics, and linguistics. She is currently working on her book The Slow Fall of Babel: Languages and Identities in Late Antique Christianity, expected to be published with Cambridge University Press. The book explores early Christian ideas on languages and on linguistic history and diversity. It investigates how different languages and language-related socio-cultural stereotypes influenced the formation of specifically Christian and distinct confessional identities in the Western and Eastern Mediterranean, Europe, and the Near East.