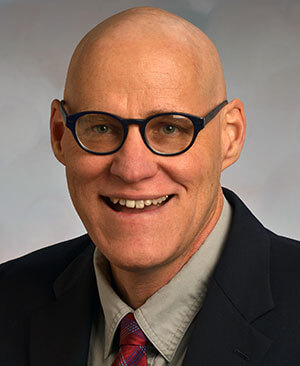 Thomas E. Burman, professor of history at the University of Notre Dame, is a scholar of intellectual and religious history, Latin Christendom, and Arab Islam in the medieval and early modern periods. As of the new year, he is also the Robert M. Conway Director of the Medieval Institute. Before coming to Notre Dame, Burman taught history as Distinguished Professor of the Humanities at the University of Tennessee - Knoxville where he also served as Riggsby Director of The Marco Institute for Medieval and Renaissance Studies. He has been a Visiting Fellow at the Center for the Study of Islamic Societies and Civilizations at Washington University in St. Louis as well as at the Oxford Centre for Islamic Studies. Among his sundry awards, he is the recipient of a Rockefeller Foundation Research Fellowship and two fellowships from the National Endowment for the Humanities. Some of his most outstanding publications include Religious Polemic and the Intellectual History of the Mozarabs, c. 1050-1200 (Brill, 1994); Religion, Text, and Society in Medieval Spain and Northern Europe: Essays in Honor of J. N. Hillgarth, ed. with Mark Meyerson and Leah Shopkow (PIMS, 2002); Scripture and Pluralism: Reading the Bible in the Religiously Plural Worlds of the Middle Ages and Renaissance, ed. with Thomas J. Heffernan (Brill, 2005); and Reading the Qur’ân in Latin Christendom, 1140-1560 (University of Pennsylvania Press, 2007) for which he won the American Philosophical Society’s 2007 Jacques Barzun Prize in Cultural History. We sat down with Prof. Burman to talk about his new appointment at Notre Dame.

What excites you about the Middle Ages and your profession?

I was just reflecting on this recently, and the fact is, I really love the whole medievalist project, that intense engagement with all dimensions of medieval culture, and especially with the sources that survive from it in their original, material form. That project began many generations ago primarily as an attempt to understand medieval thought and medieval political and ecclesiastical institutions.  But over the last seventy or eighty years—at such places as the Medieval Institute and the Centre for Medieval Studies at the University of Toronto—it has moved well beyond those beginnings into social and cultural history, vernacular literary studies, and art history. That same project is now expanding into the Mediterranean, expanding into a kind of global Middle Ages model while maintaining its original roots in the Latinate culture of Europe. I love that whole thing. There is a place in the academy, and especially in a Catholic university, for the study of, say, Aquinas’s theology separate from its deep-rootedness in the dense soil of medieval society, politics, and culture. But what I really love is the medievalist's project of grappling with and trying to see all the phenomena of the medieval period—Aquinas and everything else—in a very thick historical context. I was educated to think that way and to view things that way, but it’s also very much my nature. So obviously I'm delighted to have this job at an Institute that has such a commitment to that scholarly venture, and historically has played such a key part in its development.

Why were you interested in becoming Director of the Medieval Institute?

Interesting question. I was at one institution, the University of Tennessee-Knoxville, for twenty-five years, and I used to joke with my friends about how it was the only real job I had ever really had, other than being a house painter and fry cook back in Wyoming when I was home from college in the summers. The University of Tennessee was a great place to be and a really good place to work with others to build up medieval and Renaissance studies and to build up the Marco Institute. It was fun and exciting. It's an equally exciting thing, though, when in one's mid-50s, to mix things up and to try something new. And I had said both to myself and to others that I would only ever leave Tennessee for a job at Notre Dame, or possibly the University of Toronto, where I could be involved in much the same kind of project but on a much bigger scale and in different ways with greater resources. So when the job came open, sadly because of the death of my good friend Remie Constable, I nevertheless thought it was a job I'd really like to have.

In your recent letter to the community of medievalists at Notre Dame, you mentioned your excitement over the human capital and scholarly resources available at the MI and the University. Could you elaborate on the particular resources or opportunities you plan to capitalize on in the next few months?

I'm really thinking a lot about how to take advantage of the Global Gateways, especially those in London, Rome, Tantur (Jerusalem), and Dublin. In conjunction with that, I'd also like to capitalize even more on the special relationships Notre Dame has with the Vatican Library and the Ambrosiana Library. Nobody else has relationships like these; none of the Ivy League schools has these kinds of built-in resources to get faculty and especially students to Europe to work with manuscripts and to work in archives at a very early point. I'm really kind of salivating about the possibility presented by the Gateways. And given our long, long relationship with the Ambrosiana Library and the important figures who have visited us from there, such as Don Federico Gallo who will be teaching a diplomatics course at Notre Dame this summer, I think it makes sense for the Institute to capitalize on those relationships by finding ways we can be of real help to the Vatican and Ambrosiana Libraries and at the same time also benefit our students. And obviously Byzantine studies is another area where we have substantial resources. Notre Dame should be the best place in North America to study Byzantium, and given the incredible library and the Niarchos endowment, I think that we should be able to become that. To put it in the somewhat peculiar language of administrators, these are all low-hanging fruit we can start with. And I'm sure as I'm here longer, I'll discover more resources and opportunities at the Institute and in the larger Notre Dame community that we can build upon and use to improve things for both our faculty and students.

Tell us a bit about your vision for the Institute in the next five to ten years.

My vision is essentially to maintain our strengths and to build upon them. For example, the Medieval Institute already competes with the Ivy League for the very best students in the country. My vision is that we should be beating the Ivy League schools for the best students. We have, in my view, much more to offer, especially in terms of our unparalleled breadth of faculty and in terms of providing high quality basic training in Medieval Latin and paleography. When I first read the Strategic Plan when I was interviewing for this job, I thought a great deal of it expressed the same ideas I had about what the MI should be aspiring to be. One of those aspirations, which I mentioned in the welcome message I sent out at the start of the semester, is that Notre Dame would become the center for the most important conversations about medieval studies in a broad sense, that the Institute would become an "Institute for Advanced Medieval Studies." And I think that is a natural next step. And all of this, of course, is going to take fundraising and a lot of work with development. If you read the strategic plan closely, it implies that the Institute needs a $15-million endowment, which would essentially mean tripling our current endowment. Ten years from now, that's certainly where we need to be, if not even beyond that. And of course I can't talk about vision without talking about the Mediterranean dimension. I stressed this when I was interviewing here: that expanding our focus to include the Mediterranean Middle Ages—and, indeed, to some extent into a Eurasian Middle Ages—can and should be done without undermining our great strengths, for instance, in Anglo-Saxon and northern European medieval culture generally. It would be best for everybody concerned if those strengths were maintained. That's very much how I see the Institute evolving in its scope in the next few years.