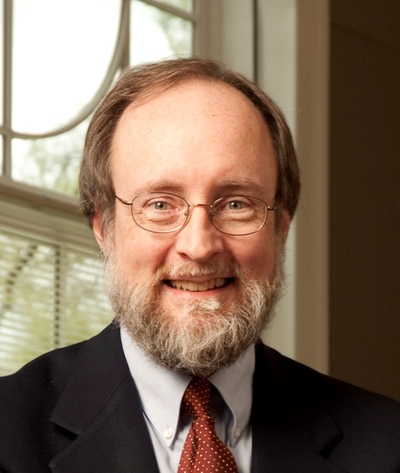 On Thursday, September 15, the Medieval Institute was pleased to host Professor Bruce Marshall as the first lecturer in the 2019-2020 Byzantine Lecture series. Marshall, an expert in systematic theology, delivered an engaging and thorough talk entitled “Fighting Words? Palamas, Aquinas, and the Filioque" to a record audience of over 90 people.

The Byzantine Series underscores the Medieval Institute’s emergence as a premier center for the study of Byzantine Studies. According to Fr. Khaled Anotolios, who organized the lecture and introduced Marshall, “This lecture exemplified the unique breadth of scope that characterizes the University of Notre Dame's Medieval Institute, especially with regard to its attentiveness to both Byzantine and Western medieval studies and its concern for the contemporary legacy of East–West medieval conversations. Professor Marshall analyzed some of the primary witnesses to medieval East–West debates on the procession of the Spirit with a view to the constructive applications of these debates to current ecumencial dialogue between Eastern and Western Christians.”

Be sure to check out our events feed for notices of upcoming lectures in the Byzantine Series.