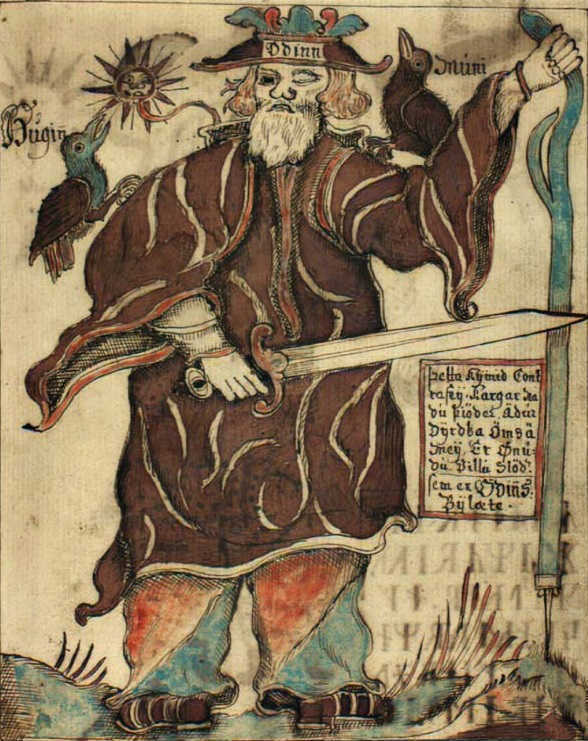 In Spring 2017 Richard Cole, postdoctoral research fellow in the Department of English, launched a semester-long series of talks generously supported by the Medieval Institute, the Nanovic Centre for European Studies, ND Research, and the Department of English. Entitled "Maríulestir," Old Norse for "the lectures of Mary," the workshop-style seminars featured invited speakers who lectured on topics ranging from social expectations to romance and hagiography as represented in Icelandic Family sagas, skaldic verse, and folkloric sources.

When he realized the remarkable confluence of talented Old Norse scholars at Notre Dame, Cole was inspired to start the series: "More or less as soon as I arrived, when I started to count up the number of Scandinavianists here, I realized we've got ourselves one of the largest concentrations of accomplished and budding Old Norse scholars in America. All it needed was something to pull it all together." In addition to Cole himself, this group includes scholars such as Chris Abram, Amy Mulligan, Tim Machan, and Ann-Marie Long and graduate students Maj-Britt Frenze, Mae Kilker, and Marjorie Housley.

He had a clear vision for the series as a whole as well: "I wanted it to be a mixture of Notre Dame people—early-career researchers, senior faculty, and graduate students—to help foster a sense of community amongst Old Norse scholars here. Doing so will help us both heighten the international and regional profile of Old Norse at Notre Dame as well as help our local community to recognize and capitalize on our own strengths." Speakers included local faculty, post-docs, and graduate students as well as those from farther afield, including distinguished scholars Heather O'Donoghue (Oxford), Kirsten Wolf (U of Wisconsin-Madison), and Merrill Kaplan (Ohio State).

Cole received his B.A. and M.A. from University College London's prestigious department of Scandinavian Studies and his Ph.D. from Harvard University in 2015. Upon arriving at Notre Dame in fall 2016, he began a two-year appointment to produce a new edition and English translation of the entire Old Norse-Icelandic sermon corpus as containted in the Old Icelandic Homily Book and the Old Norwegian Homily Book; the endeavor itself is an extension of a long-term research project on Old Norse and pre-Christian culture headed by Chris Abram, Associate Professor of English at Notre Dame, and funded by a Notre Dame Faculty Research Support Grant. Dr. Stephen Pelle at at Dictionary of Old English at the University of Toronto is also a close collaborator on the edition and translation project.

To read more about this series, see the listings on the Medieval Institute newsfeed.