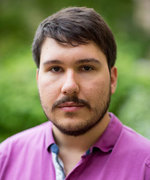 Jeffrey Berland, a Ph.D. Student in the Medieval Institute specializing in Carolingian-Byzantine relations, recently returned from an intensive language course funded by a grant from the Nanovic Institute. Berland spent the summer of 2018 developing his knowledge of Medieval Greek language at International Byzantine Greek Summer School in Trinity College, Dublin. These critical language skills will allow Berland to further his research into the two largest European powers of the High Middle Ages. 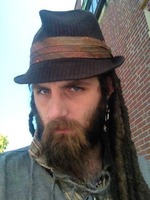 Richard Fahey, a Ph.D. Student in the English Department specializing in Old English and Old Norse literature, has a chapter in a forthcoming volume: “Teaching the Beowulf-Monsters” will appear in A Practical Guide to Beowulf edited by Aaron Hostetter and Larry Swain and published by the Medieval Institute Publications of Western Michigan University. 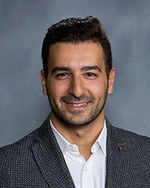 Lorenzo Dell’Oso, a Ph.D. student in the Department of Romance Languages of Literatures specializing in Dante and Medieval Cultural History, won a 2018 Graduate Academic Year Travel & Research Grant from the Nanovic Institute. This award will help fund research for his project entitled “The Sources of Dante Alighieri’s Intellectual Formation (1290-1300): The Florentine Quaestiones Quodlibetales and their Presentation at the Italian Cultural Institute of Kiev.” He will use the funds to conduct research in Florence, Italy and Kiev, Ukraine in October 2018.