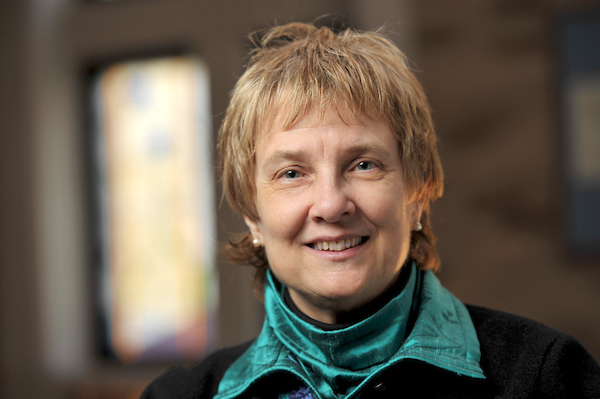 Margot E. Fassler, Director of the Sacred Music Program here at Notre Dame and a Fellow of the Medieval Institute, gave the presidential address at the 93rd meeting of the Medieval Academy of America in Atlanta (March 2-4). Her talk was titled “Women and Sequences,” and in it she told the story of the sequences genre in women’s institutions from the twelfth century, beginning with Heloise and Hildegard, moving to the fourteenth century with the Dominicans of Soest, and ending with the fifteenth century in reformed houses of Dominicans and Franciscans.

In conjunction with the conference, Act One of Creation and Cosmos was screened at Atlanta's Fernbank Science Center. Creation and Cosmos is a full-dome digital model of the twelfth-century universe as envisioned by Hildegard of Bingen and recreated by digital artist Christian Jara. Act One is a twenty-five minute image stream (about 45,000 high resolution image files) combined with a 5.1 surround audio track featuring singers from Notre Dame's Sacred Music Program. The presentation is designed for a flat full dome planetarium, meaning the projected horizon is not tilted with respect to the audience seating plane, and provides a 360˚ field of view with the apex of the dome directly overhead.

The Sacred Music Program has shown various stages of Act One at several venues, including the Boston Science Museum and the Moorhead Science Center at the University of North Carolina at Chapel Hill. They have developed the presentation at the Digital Visualization Theater at the Jordan Hall of Science at Notre Dame and are working now on finishing the spectacular second act. They hope to have the entire work finished for showing in the Peter Harrison Planetarium in London in early August 2018.