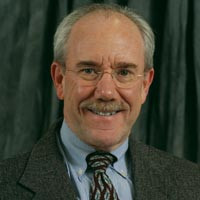 Notre Dame’s Medieval Institute is turning its attention to a civilization long overlooked by Western historians.

Byzantium—broadly defined as the eastern part of the Roman Empire—remained vibrant for some 1,000 years after the fifth-century fall of the empire’s western portion. During that time, it preserved Orthodox Christianity and the Greek intellectual tradition.

But despite its historical significance, Byzantium has so far escaped serious scholarly scrutiny, says Thomas F. X. Noble, a Medieval Institute fellow and director from 2000 to 2008. Noble helped secure a $4 million challenge grant from the National Endowment for the Humanities to support Byzantine studies.

That will change, Noble says, as grant money pays for new Institute initiatives.

“Our whole goal is to take the East on its own terms,” he says. “Not to make it an inferior sibling of the West, but to take it seriously.”

The Byzantine studies grant provides $800,000 while challenging the University to raise another $3.2 million.

That money will allow the Institute to hire historians, linguists, and theologians who specialize in Byzantium and will also cover programming improvements. In addition, it will enable the Institute to build on the success of its Milton V. Anastos Library of Byzantine Civilization, which is already the second-largest dedicated Byzantine studies library in North America.

Those improvements will help the Institute to further its success, Noble says, giving it a “full-service Medieval program” that will delve into the Greek (Orthodox Christian) tradition of Byzantium as well as the Latin (Roman Catholic) tradition and the Jewish and Islamic traditions.

“Our aim really is to become the premier program for Byzantine studies, and I think that with some careful tending and over a decade’s time and with the appropriate emphasis and focus, we can reach that position,” Noble says. “So if there’s a terrific student out there who thinks that he or she would like to go on into graduate study in Byzantine studies and be beautifully and comprehensively trained, that student would think first about Notre Dame.”

Although the Institute has so far focused largely on the Latin West, Noble says that more extensive research into the Byzantine East flows from the University’s larger goals.

“In lots of ways, it conforms beautifully to our mission as a premier Catholic research university to understand the Orthodox world,” he says. “For 1,000 years we were in full communion with them. We may see that again sometime. Interfaith dialogue has improved dramatically. It’s consistent with our mission. This is something that really makes sense for us as Notre Dame.”

Originally published by Arts and Letters at al.nd.edu on July 23, 2008.