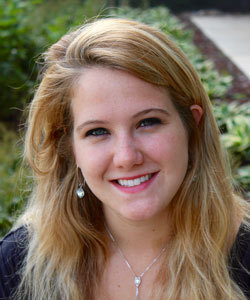 From the Medieval Academy of America:

"We are very pleased to announce that the 2019-20 Schallek Fellowship has been awarded to Maj-Britt Frenze (Medieval Institute, University of Notre Dame), "Nature and the Supernatural in Medieval Romance: Translation and Transmission in England and Scandinavia." The Schallek Fellowship is funded by a gift to the Richard III Society-American Branch from William B. and Maryloo Spooner Schallek. The Fellowship supports an advanced graduate student who is writing a Ph.D. dissertation in any relevant discipline dealing with late-medieval Britain (ca. 1350-1500). The Fellowship brings with it an award of $30,000 and was adjudicated by the MAA's Schallek Committee.

"Frenze's dissertation examines nature and the supernatural in medieval romance, specifically how romance motifs were transmitted and incorporated into translated and original Middle English romances and Old Norse-Icelandic romances and legendary sagas. These romance motifs include those which entered Middle English and Old Norse-Icelandic literature from French sources, including the romance garden and the forest of aventure, but also those with evident Celtic roots like the supernatural figure of the Loathly Lady. While Middle English romance has enjoyed much scholarly engagement over the past decades, Old Norse-Icelandic romance as a genre has suffered relative neglect. Moreover, very few scholars have compared how English and Scandinavian authors developed alongside each other during the thirteenth through fifteenth centuries, a period in which both cultures were engaging with the same romance materials despite the decline of direct contact after the end of the Viking Age. For generations, the natural pairing of texts has occurred between Old English and Old Norse, an assumption that this dissertation challenges in placing Middle English and Old Norse-Icelandic texts in conversation. This dissertation opens new avenues of research comparing literary development in late medieval England and Scandinavia, focusing on cultural inflections of the natural and supernatural motifs of romance.

"The main argument of this dissertation is that authors of Middle English and Old Norse-Icelandic romances shared many significant romance motifs, including some not found in extant French sources, and that many of these were culturally inflected in each body of literature. I argue that English and Scandinavian authors re-contextualized many of the same motifs to reflect the priorities of their own cultures and, additionally, that depictions of landscapes in both cultures occur in highly gendered ways, females and males consistently performing particular roles in specific natural settings. For example, while a Middle English romance might portray a conventional romance garden, an Old Norse-Icelandic work might depict a hnotskógr ("nut-grove"). Where a Middle English romance might have a Loathly Lady who transforms into a beautiful lady at the end of the tale, an Old Norse-Icelandic work might have two separate characters play a similar role: the Loathly Giantess and the Lovely Giantess. Where either literature tends to portray a supernatural "other" in a negative light, Middle English romance might depict that other in the alterity of Islam, while Old Norse-Icelandic romance tends to cast the other in the guise of Germanic paganism. Such comparisons teach modern readers about the enormous potential of romance to be incorporated and adapted into seemingly disparate literary cultures. This dissertation thus engages with the fields of romance, comparative literature, translation studies, landscape studies, ecocriticism and gender studies.

Frenze is the third medievalist graduate student from the University of Notre Dame to be awarded the Schallek Fellowship since its inception in 2005. With her on that list are Samuel Rostad (2015), for his dissertation "Benedictine Popular Preaching in Late Medieval England c. 1350-1500," and Kathryn Veeman (2009), for her dissertation "Sende pis Booke Ageyne Hoome to Shirley: John Shirley and the Dissemination and Circulation of Manuscripts in Fifteenth-Century England."

Originally published on February 11, 2019, at medieval.nd.edu.