Fahey’s article provides a linguistic comparison of Old English and Old Saxon while also considering the influence of Anglo-Saxon missionaries in the conversion of medieval Saxony to Christianity. 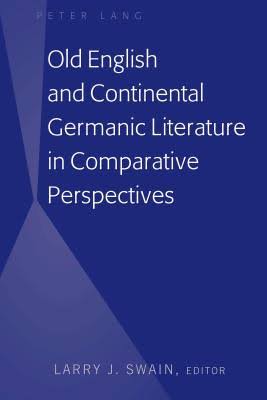 According to Fahey, "this article explores the semantics of the Old Saxon gerûni as it appears in the Heliand. By using Anglo-Saxon glossaries, which gloss the Old English geryne against various Latin terms, and by looking closely at the contexts in which gerûni appears in the poem, the article makes the argument that the Old Saxon gerûni in the Heliand should probably be translated as sacramenta “sacraments” or euangelium “Gospel” in accordance with the preponderance of manuscript evidence and my lexicographical analysis."

In addition to his scholarly work, Fahey has been a long-time contributor to the Medieval Institute's Medieval Studies Research Blog (MSRB), where he has written articles on topics ranging from medievalist pop culture to ecocriticism. In addition to his articles, Fahey translates Old English sources into English, making these texts available to a general audience. As Fahey says, "My work for the MSRB has centered on two major goals: to help create an online space for multimedia explorations of medieval studies and to engage the public (from scholars to enthusiasts) in order to frame medieval studies in the context of modern politics and popular culture."

Fahey will be graduating in January 2020. We are excited to see the ways in which his research and career continue to develop!