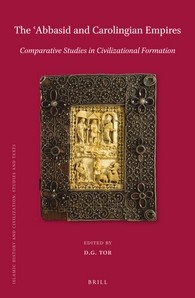 “Circa AD 750, both the Islamic world and western Europe underwent political revolutions; these raised to power, respectively, the ʿAbbasid and Carolingian dynasties. The eras thus inaugurated were similar not only in their chronology, but also in the foundational role each played in its respective civilization, forming and shaping enduring religious, cultural, and societal institutions. The ʿAbbāsid and Carolingian Empires: Studies in Civilizational Formation, is the first collected volume ever dedicated specifically to comparative Carolingian-ʿAbbasid history. In it, editor D.G. Tor brings together essays from some of the leading historians in order to elucidate some of the parallel developments in each of these civilizations, many of which persisted not only throughout the Middle Ages, but to the present day. Contributors are Michael Cook, Jennifer R. Davis, Robert Gleave, Eric J. Goldberg, Minoru Inaba, Jürgen Paul, Walter Pohl, D.G. Tor and Ian Wood.” Available from Brill 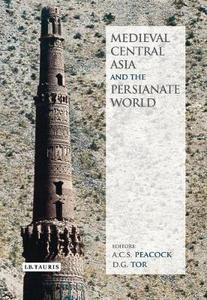 “From the political dissolution of the Abbasid Caliphate in the mid-ninth century to the beginning of the thirteenth century, the Persianate dynasties of Islamic Central Asia constituted the political and military stronghold of Sunni Islam. It was in this region, historically known as Khurasan and Transoxiana, that many of the important religious and cultural developments of Islamic civilization took place. The region first gave rise to the Abbasid Revolution, provided the troops for its success, and supplied the military slaves and auxiliaries that led to its political dissolution. From the second part of the ninth century, the Sunni Persianate dynasties formed the mainstay of Islamic military might for the ensuing 400 years over the Islamic heartland, from India to Egypt. The period was also characterized by the cultural dominance of the Persian-speaking court, bringing about the acceptance of classical Persian as the second primary Islamic language of high culture. It produced the writing of many of Islamic civilization’s greatest works of poetry, philosophy, biography, history, belles-lettres, and religion, in both Arabic and Persian. This volume explores the origins and nature of this cultural and political florescence, and to shed light on one of the most formative yet unexplored eras of Islamic history.” – Barnes and Noble, “Book Overview” Available from I. B. Tauris Publishers