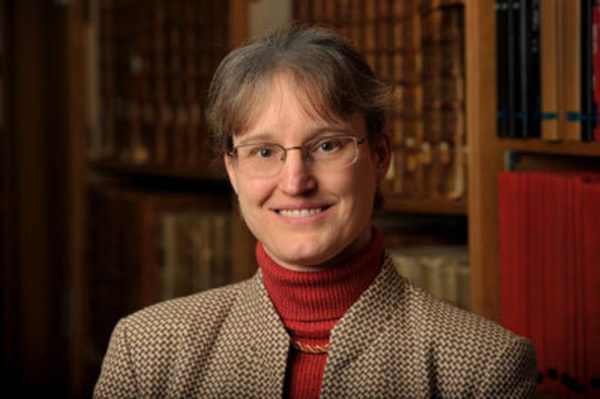 Olivia Remie Constable was Professor of Medieval History at the University of Notre Dame and, from 2008 until her untimely passing in 2014, the Robert M. Conway Director of its Medieval Institute. On February 15th, former students and colleagues together with the larger Notre Dame medievalist community convened for a roundtable in honor of Professor Constable, whose final book, To Live Like a Moor: Christian Perceptions of Muslim Identity in Medieval and Early Modern Spain, was released in January from the University of Pennsylvania Press.

Current Institute director Professor Thomas Burman notes, "Remie Constable was an irreplaceable asset to Notre Dame and the Medieval Institute for more than two decades. One of the world's leading authorities on the history of the Mediterranean region in the Middle Ages, she was an esteemed professor and mentor, and a great leader of the Medieval Institute during her six years as director. We're immensely grateful to Robin Vose for seeing her final book into print posthumously. Having a roundtable discussion of the book and of Remie as mentor by her former Ph.D. students was the very least we could do to remember her." 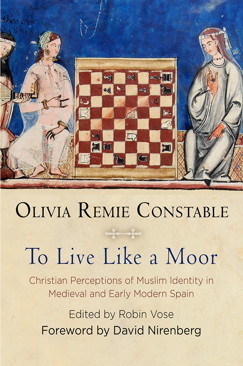 Those in attendance appreciated the opportunity to launch locally this final work of a much-admired scholar and member of the community. For Julia Schneider, Medieval Studies Librarian and alumna of the Institute who knew Professor Constable as both a professor and then as a colleague, the event underscored how many contributions to both scholarship and the training of scholars that Professor Constable brought to the MI every day: “The event commemorating the publication of her book was meaningful to me. The memorial that Notre Dame held in 2014 was of a broader, funerary nature, while this event served to focus on her work and her scholarly method in an appreciative way by both Tom Burman, her colleague and successor, and her own students, whom she would now consider colleagues as well. When they spoke about her, her research style, the way that affected the published version of To Live Like a Moor as well as their own work, it brought to mind hearing her discuss the project as it was in progress, excited about discoveries she had made, and about the scholarly enterprise in general, which is how I will always remember her.”

Professor Constable also authored Trade and Traders in Muslim Spain: The Commercial Realignment of the Iberian Peninsula 900-1500 (Cambridge, 1994) and Housing the Stranger in the Mediterranean World: Lodging, Trade, and Travel in Late Antiquity and the Middle Ages (Cambridge, 2004). Her monumental collection of primary source material, Medieval Iberia: Readings from Christian, Muslim, and Jewish Sources, is now in a second edition (2011) and is available from the University of Pennsylvania Press.