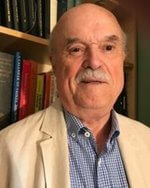 Calvin Bower is Professor Emeritus of Musicology from the University of Notre Dame, Department of Music, and a Fellow Emeritus of the Medieval Institute. Additionally, he is the namesake of the recently endowed Calvin M. Bower Doctor of Musical Arts degree from Sacred Music at Notre Dame in Organ and Choral Conducting performance. Professor Bower's research focuses largely on the history of the medieval musical sequence, and he has published widely on Boethius and Notker Balbulus. He is also dedicated to preserving and performing pre-1600 Western vocal music. To this end, he founded Schola Antiqua of Chicago in 2000 and served as its director until 2008. He has received several distinguished awards over the course of his career, including a Bene Merenti Medal from the Bavarian Academy of Sciences and Humanities (2007) and the Claude V. Palisca Award from the American Musicological Society (2017). Professor Bower will teach a Doctoral-level seminar on the masses of Haydn. 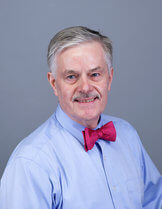 Huw Lewis is Professor of Music, Organ, at Hope College and will teach graduate-level organ students for Sacred Music at Notre Dame this year. Professor Lewis performs nationally and internationally on a regular basis, and has been featured at meetings and conventions sponsored by professional organizations including the American Guild of Organists and the Royal College of Organists. He was a featured recitalist at the 1987 International Congress of Organists. Dr. Lewis’s playing has been broadcast in America and in Great Britain where he has made numerous recordings for the BBC. He has served on many competition juries, most recently for the 2003 Dallas International Organ Competition. He studied at the Royal College of Music in London, at Cambridge University, and at the University of Michigan.

We welcome Professors Bower and Lewis to the Sacred Music at Notre Dame faculty and look forward to an engaging year of study and performance.

Originally published by Mark Doerries at sacredmusic.nd.edu on October 19, 2019.