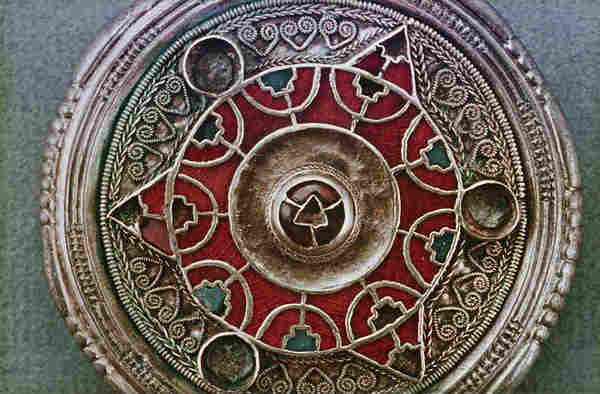 On Tuesday, April 18th, the Medieval Institute and the Department of English hosted a panel presentation by three distinguished Anglo-Saxonists all in residence at Notre Dame: Haruko Momma (New York University), Drew Jones (The Ohio State University), and Leslie Lockett (The Ohio State University). Professors Momma and Lockett are 2016-2017 fellows of the Notre Dame Institute for Advanced Study. After teaching at New York University for twenty-five years, Prof. Momma will hold a new position at the University of Toronto: the Angus Cameron Professor of Old English Language and Literature, Chief Editor of the Dictionary of Old English, and Professor of Medieval Studies and English. Prof. Lockett received her Ph.D. from the Medieval Institute in 2004, and Prof. Jones is a former Notre Dame faculty member. Entitled "Current Trends in Anglo-Saxon Studies," the panel featured discussions of the speakers' current research programs and opportunities for future directions in the field.

Leslie Lockett, Associate Professor of English and Associate Director of the Center for Medieval and Renaissance Studies at The Ohio State University, opened the panel. With specialties in Old English and Latin literature as well as early medieval intellectual history, Prof. Lockett encouraged new studies to capitolize on the traditional methods of manuscript studies, text editing, and philology. These approaches have all yielded a wealth of insights that have aided Prof. Lockett prepare her edition and translation of the Old English Soliloquies and Augustine of Hippo’s Soliloquia that will appear in the Dumbarton Oaks Medieval Library series. Drew Jones, Professor of English at The Ohio State University, continued the discussion. With expertise in Old and Middle English, medieval Latin, manuscript studies, and liturgical and ecclesiastical history, Prof. Jones called attention to the varied realities of monastic life and reform in the Anglo-Saxon period. For instance, he noted that the post-tenth-century phenomenon of the parish monastery–significantly different from earlier Benedictine models–implies important differences in the social and religious dynamics of the Anglo-Saxon period that must be accounted for in future studies. Professor of English at New York University, Haruko Momma identified as one of the most productive areas of medieval studies the history of the discipline, and especially the study of the work of nineteenth- and twentieth-century medievalists based on archival research. She also recommended digital humanities and other research projects that would provide new data, on the grounds that such materials would likely be sources of new insight and inspiration. Finally, Momma underlined the importance of cross-disciplinary studies by using as an example her current project at the NDIAS on purgatory in Old English studies, which covers such areas of studies as philology, archaeology, and manuscript illuminations.

The panel fielded a variety of questions from an audience of graduate students, professors, and visiting fellows over coffee and other refreshments. Tim Machan, professor in the Department of English at Notre Dame who helped organize the event, described the special occasion as "a conflux of stellar talent so rare that it recalls the Transit of Venus, which next occurs in 2117." Indeed, the event exceeded expectations and we look forward to future developments in Anglo-Saxon Studies.