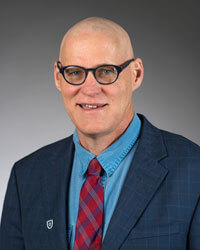 Thomas E. Burman joined the Medieval Institute as Robert M. Conway Director in January 2017 with the vision of enhancing the Institute’s traditional strengths in northern European history and culture and, at the same time, expanding its focus to include the whole Mediterranean region.

Burman, who holds a joint appointment as Professor of History, earned his Ph.D. in Medieval Studies at the University of Toronto and has long been engaged in interdisciplinary scholarship that blends history, theology, religious studies, and literature. His research—which has been supported by fellowships from the Rockefeller Foundation and the National Endowment for the Humanities—focuses on Jewish-Christian-Muslim relations in the Middle Ages. Before coming to Notre Dame, Burman taught history as Distinguished Professor of the Humanities at the University of Tennessee-Knoxville where he also served as Riggsby Director of The Marco Institute for Medieval and Renaissance Studies as well as head of the History Department. He has been a Visiting Fellow at the Center for the Study of Islamic Societies and Civilizations at Washington University in St. Louis as well as at the Oxford Centre for Islamic Studies. 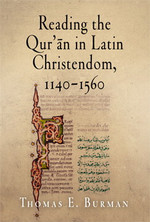 His many publications include Religious Polemic and the Intellectual History of the Mozarabs, c. 1050-1200 (Brill, 1994); Religion, Text, and Society in Medieval Spain and Northern Europe: Essays in Honor of J. N. Hillgarth, edited with Mark Meyerson and Leah Shopkow (PIMS, 2002); Scripture and Pluralism: Reading the Bible in the Religiously Plural Worlds of the Middle Ages and Renaissance, edited with Thomas J. Heffernan (Brill, 2005); and Reading the Qur’ān in Latin Christendom, 1140-1560 (University of Pennsylvania Press, 2007) for which he won the American Philosophical Society’s 2007 Jacques Barzun Prize in Cultural History. Together with Brian Catlos and Mark Meyerson he is co-author of The Sea in the Middle: The Mediterranean World (650-1650) (under contract with the University of California Press) and is at work on a book called Ramon Martí and the Trinity: Islam, Judaism, and the Scholastic Project in which he explores thirteenth-century Latin-Christian interactions with Islam and Judaism through the life and works of the greatest medieval Catholic scholar of those religions. He is a frequent lecturer at universities and research institutes in North America and Europe, including most recently the Institute for Advanced Study at Princeton, Indiana University, and The Ohio State University.

For more about our director, read the announcement of his appointment, an interview with him upon the start of his position at the MI, his History Department research profile, and view his c.v. To contact him, please visit our Contact Us page.