In 2002, the Medieval Institute inaugurated a lecture series in honor of Robert M. and Ricki Conway. Robert Conway is a 1966 graduate of Notre Dame and trustee of the University, and he and his wife are long-time friends and supporters of the Medieval Institute. The annual Conway Lectures bring senior scholars of international distinction to Notre Dame each fall to speak on topics across a variety of disciplines.

2–3:30 PM, Lecture 1 with Scott Johnson (U of Oklahoma), "Christian Indigeneity and Christian Language in the Roman Near East"

2–3:30 PM: Lecture 1 with Carol Lansing (UC, Santa Barbara), "The Power to Choose? Piccarda Donati in the Paradiso and Girls in Bologna's Criminal Court"

This year's lectures were on the topic of "Race in the Middle Ages," with speakers Sara Lipton (Stony Brook University), Cord J. Whitaker (Wellesley), and Suzanne Conklin Akbari (Institute for Advanced Study), and were held virtually over Zoom.

Sara Lipton, "'Jews Will Not Replace Us': Identity and Difference in Medieval Polemic and Modern Politics"

Suzanne Conklin Akbari, "Racializing Religion: The Case of the Ethiopian Magus and the Jews of Cologne"

Roundtable with all speakers and audience Q&A

A graduate-student-led reading group on premodern critical race studies was also been formed for the 2020–21 year. This biweekly reading group created a space in which participants read and discussed foundational theoretical texts within this subfield and thought through ways to apply this theory to their own work. Readings for the fall semester included books and articles published by the 2020 Conway speakers. Following the Conway lectures, readings and discussion topics were chosen based on the needs and research interests of group participants.

Published as Don't Think For Yourself: Faith and Authority in Medieval Philosophy (2022)

Lecture 1 "Taqlīd: Authority and the Intellectual Elite in the Islamic World"
video | slides 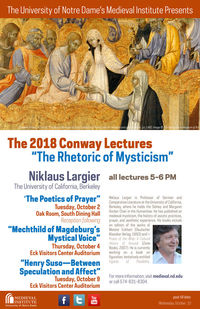 Published as Sounding the Word of God: Carolingian Books for Singers (2022)

William J. Courtenay (U Wisconsin–Madison), "Religious Ritual and Prayers for the Dead in the Medieval University of Paris"

Published as Rituals for the Dead: Religion and Community in the Medieval University of Paris (2018) 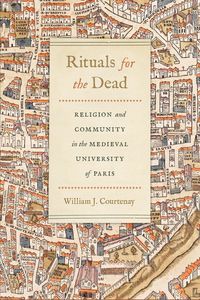 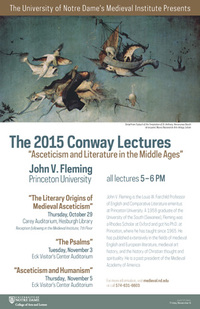 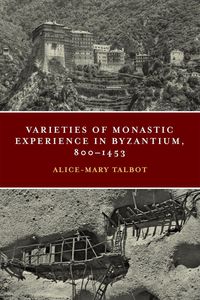 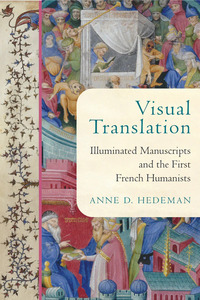 Published as Outsiders: The Humanity and Inhumanity of Giants in Medieval French Prose Romance (2016) 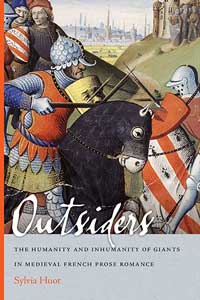 Published as Medieval Crossover: Reading the Secular Against the Sacred (2013) 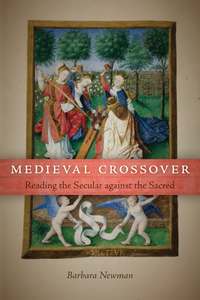 Published as The Etiquette of Early Northern Verse (2022) 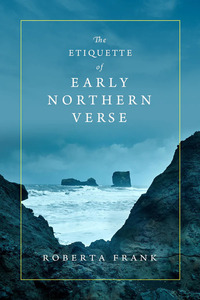 Published as Abelard in Four Dimensions: A Twelfth-Century Philosopher in His Context and Ours (2013) 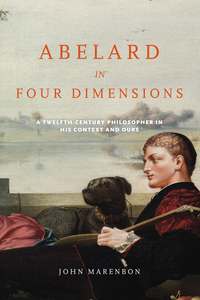 Jonathan Riley-Smith (Cambridge), “The Templars and the Hospitallers as Professed Religious in the Holy Land, 1120-1291” 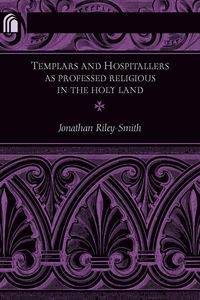 A. C. Spearing (U Virginia), “Medieval Autographies: The 'I' of the Text”

Published as Medieval Autographies: The "I" of the Text (2012) 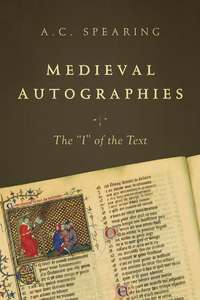 Beat Brenk (University of Basel), “Our Lady: The Apse and the Icon”

Published as The Apse, The Image, and The Icon: An Historical Perspective of the Apse as a Space for Images (Reichert Verlag, 2010) 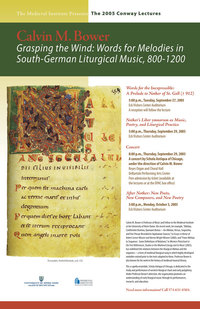 Rosamond McKitterick (Cambridge), “Perceptions of the Past in the Early Middle Ages” 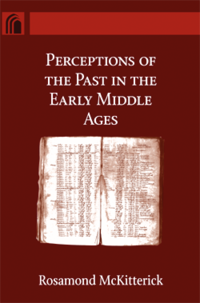 Published as Politique: Languages of Statecraft between Chaucer and Shakespeare (2005) 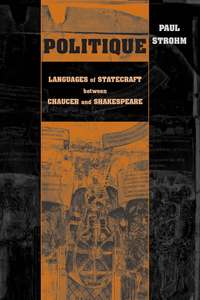 Fr. Ulrich Horst (Ludwig-Maximilians-Universität), “The Teaching Authority of the Pope”

Published as The Dominicans and the Pope: Papal Teaching Authority in the Medieval and Early Modern Thomist Tradition (2006) 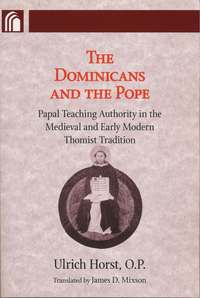