Byzantine Studies at Notre Dame is a research-oriented field of inquiry devoted to the interdisciplinary study of the history and legacy of the Byzantine Empire (324–1453).

It investigates the long-lived and influential Byzantine Empire, whose territory stood between the Islamic Middle East and Catholic Europe. As the Greek continuation of the Eastern Roman Empire, its story spans the period from the ancient world to the early modern era.

In fashioning orthodox Christianity, in preserving and developing the intellectual and literary traditions of the Greco-Roman world, and in defining the notion of a Christian Empire, Byzantium became one of the great formative cultures in European history. Its legacy remains powerful to this day in Greece, the Balkans, Russia, the Black Sea, the Eastern Mediterranean, and among Orthodox communities throughout the world.

The Program also offers an annual Byzantine Studies Postdoctoral Fellowship for junior scholars with a completed doctorate whose research deals with some aspect of the Byzantine world.

The Anastos Collection is the heart of Byzantine Studies at Notre Dame. This superb research library, gathered by the renowned Byzantinist Milton V. Anastos, came to Notre Dame in 1997. Located beside the collections of the University's renowned Medieval Institute, this library allows scholars to pursue their research in a setting that encourages them to think of Byzantium in relation to the other societies and cultures prevalent in the ancient, medieval, and early modern worlds. Faculty and student researchers also benefit from the Stavros Niarchos Foundation Reading Room for Byzantine Studies, located on the seventh floor of the University’s Hesburgh Libraries.

In spring 2020 the Medieval Institute was pleased to announce a new annual lecture series, the Mathews Byzantine Lectures. The Mathews Lectures bring a distinguished scholar of Byzantine studies to campus each year to deliver a talk, supported by the Rev. Constantine Mathews Endowment for Excellence in Byzantine Christianity in the Medieval Institute. Vasilios Mathews and Nikiforos Mathews established the endowment to honor their father, the Reverend Constantine Mathews, who earned a Masters Degree in Liturgical Studies at Notre Dame in 1977. During a half-century of dedicated ministry, Father Mathews served as presiding parish priest at St. Andrew’s Greek Orthodox Church in South Bend, followed by the Greek Orthodox Church of the Annunciation in Stamford, Connecticut.

Read more about these lectures 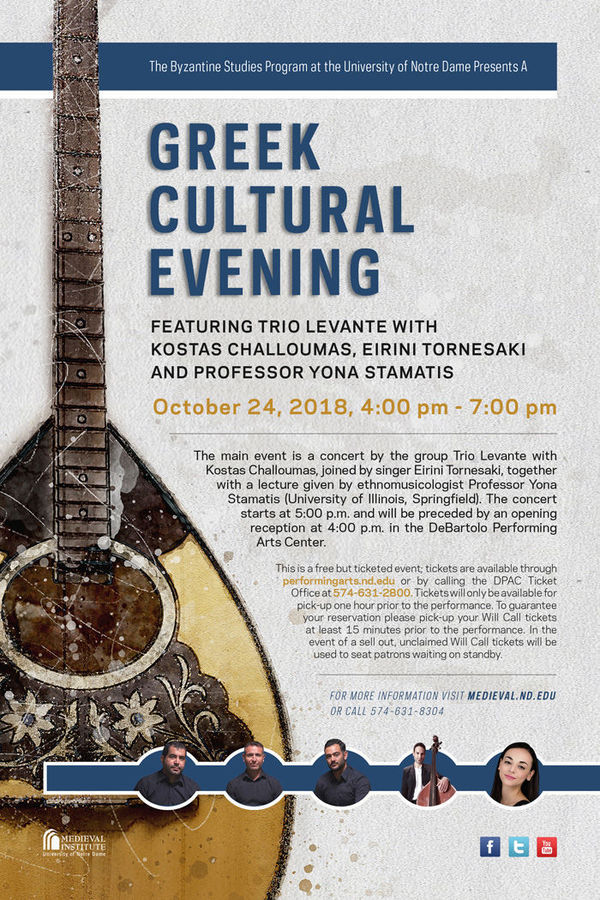 In October 2018, the Byzantine Studies Program presented its inaugural cultural event, "A Greek Cultural Evening," featuring a concert by the group Trio Levante with Kostas Challoumas, joined by singer Eirini Tornesaki, together with a lecture given by ethnomusicologist Professor Yona Stamatis (University of Illinois, Springfield).

Notre Dame has recently become "one of the premier places in the world for scholars to study the culture, thought, and art of the medieval Christian Greek world—the Byzantine world," remarked Medieval Institute director Thomas E. Burman during event introductions. "Tonight’s event is an occasion for us to celebrate the culmination of years of work to create that reality on campus."

The event, as Byzantine Studies Committee Chair Professor Alexander Beihammer described it, was a way “to reach out to the larger Notre Dame community and all people interested in Byzantium, both inside and outside academia. The rich musical heritage of Byzantium and Greece is certainly one of the most immediate expressions of the manifold cultural traditions that merged in the eastern Mediterranean. It combines Byzantine ecclesiastical, western, Arabic, and Ottoman influences, and transforms them into a very particular musical idiom. Our guests today are all dedicated to the practical and theoretical exploration of this heritage.”

Watch a clip (below) from the concert, and view the program. You can also read our write-up of the event. 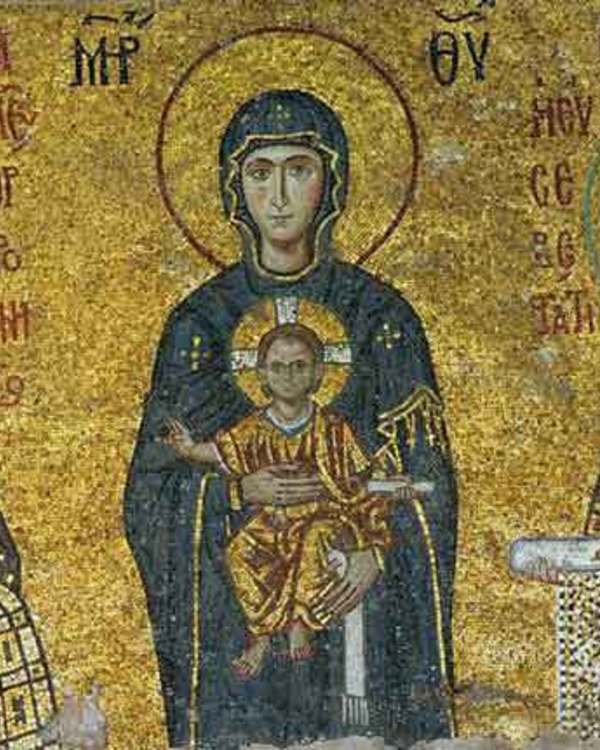 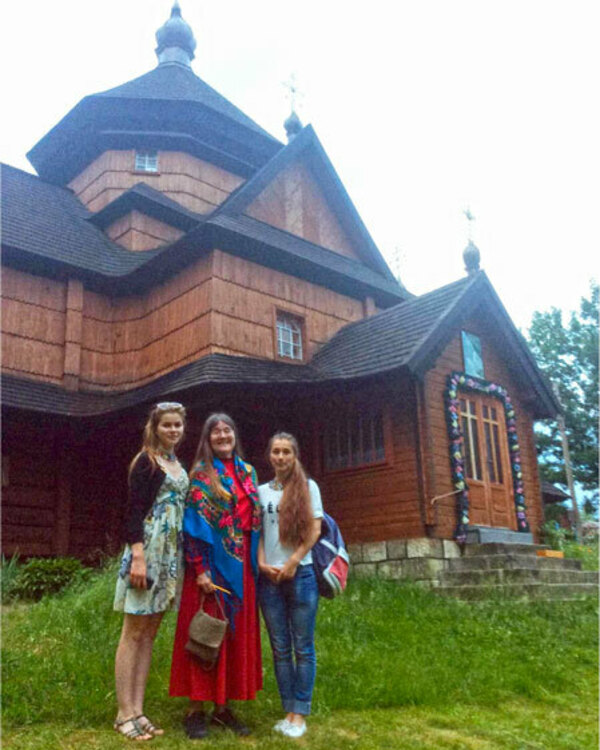